Range Rover and Zenith Watches have come together in a collaboration to create a timepiece that sets a new bar in luxury. 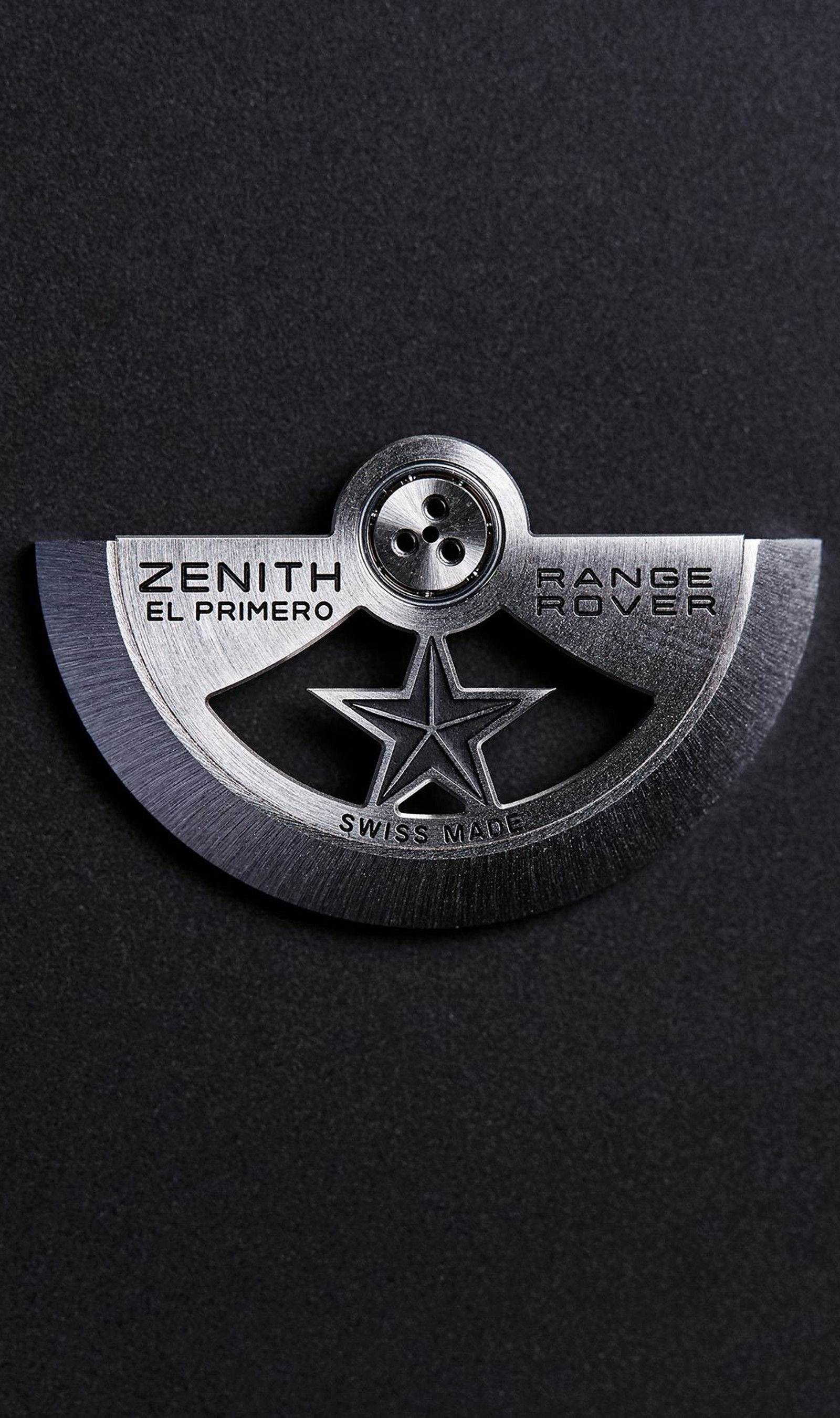 The 1960’s were known for many reasons, not least the revolutionary strides made in music, culture and fashion. As the decade that would later be referred to as the swinging sixties came to a close, two very different companies were in the throes of creating something of their own that would ebb into popular culture in the coming years.
Left First Generation Range Rover 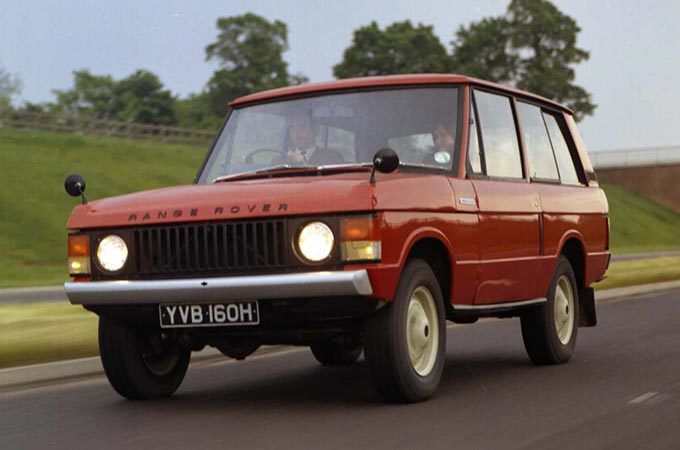 In 1969 Charles Spencer, head of the Rover car company, drew his first sketches of a vehicle that combined the capabilities of the Land Rover and the comfort of the best-appointed Saloon; this vehicle would later be known as Range Rover. Little did Charles Spencer know, the vehicle he sketched out would go on to set standards in refinement and luxury for years to come.

Whilst the Range Rover was being born in the UK, prestigious watchmaker Zenith were making waves in Switzerland after a significant breakthrough in the art and science of watchmaking, known within the industry as Horology. They had created a fully working prototype of the world’s first self-winding chronograph movement named El Primero. This meticulously created timepiece was, and continues to be, the most accurate wrist watch chronograph ever made.

1969 it seemed was to go down in history as a landmark year for design.

When Colonel John Blashford-Snell set out to cross the treacherous Darien Gap as part of an 18,000 mile Trans America expedition, the British explorer carefully selected both his team and equipment. High on his requirement list was a vehicle that had capability at its core and a timepiece that could be counted on for accuracy and reliability. The Range Rover became the expedition vehicle and the Zenith El Primero his chosen watch.

While the Darien Gap is just 250 miles long and 30 miles wide, the treacherous terrain meant that it took the expedition team 4 months to successfully make the crossing. When they emerged from the jungle upon completion of their epic trek the team were ragged and filthy. The Range Rover, known for its capability, and the Zenith El Primero, known for its precision, had fared better.

In fact, Colonel Blashford-Snell continued to wear his Zenith El Primero for 30 years following the expedition, until offering it to the Zenith museum to form part of their collection. Similarly, one of the Range Rovers that completed the crossing is also now displayed in a museum; the UK-based Dunsfold Collection which houses the largest collection of important Land Rovers in the world.
Left The expedition Range Rovers navigate muddy terrain in the Darien Gap

The minimalist aesthetic found in the Range Rover’s dashboard controls is reflected in the clean, uncluttered look of the watch. The Zenith El Primero Range Rover features a 42mm case made from lightweight aluminium finished in a dark, highly scratch-resistant ceramic coating. The Graphite Atlas details of the Range Rover SVAutobiography are echoed in the grey dial of the watch which carries a 'brushed' finish while the case back is made from sapphire crystal and retained by a stainless steel ring engraved with special edition, Zenith and Range Rover wording.

The Special Edition watch will feature a matt-finish, which further reflects the reductive nature of the modern Range Rover interior, a minimalistic look which suggests understatement, sophistication and durability.

The coming together of these class-leaders heralds a collaboration infused with design credentials as well as a commitment to luxury. Long may it continue.
Left The minimalist design of the Range Rover SVAutobiography is reflected in the design of the timepiece 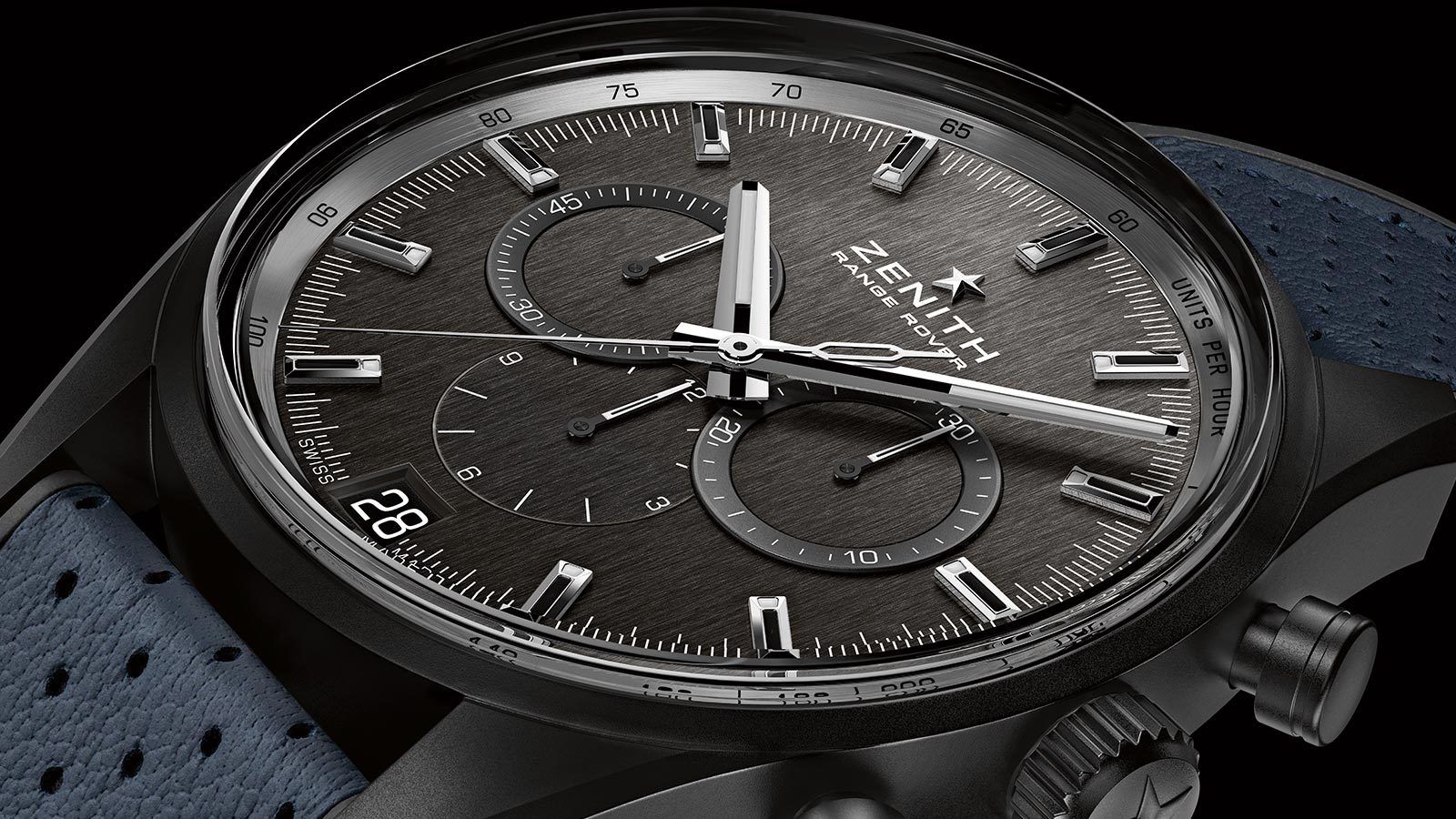 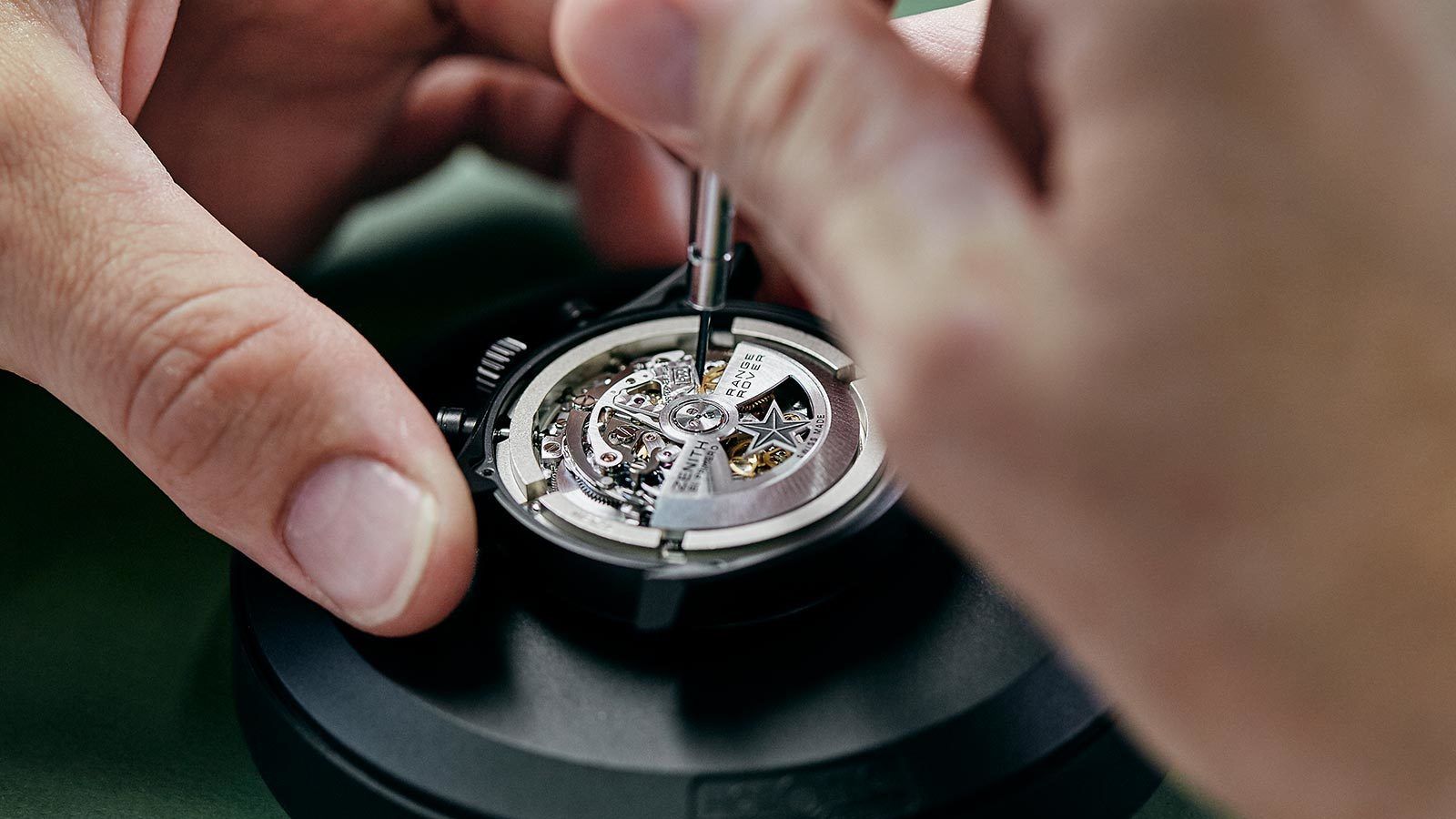 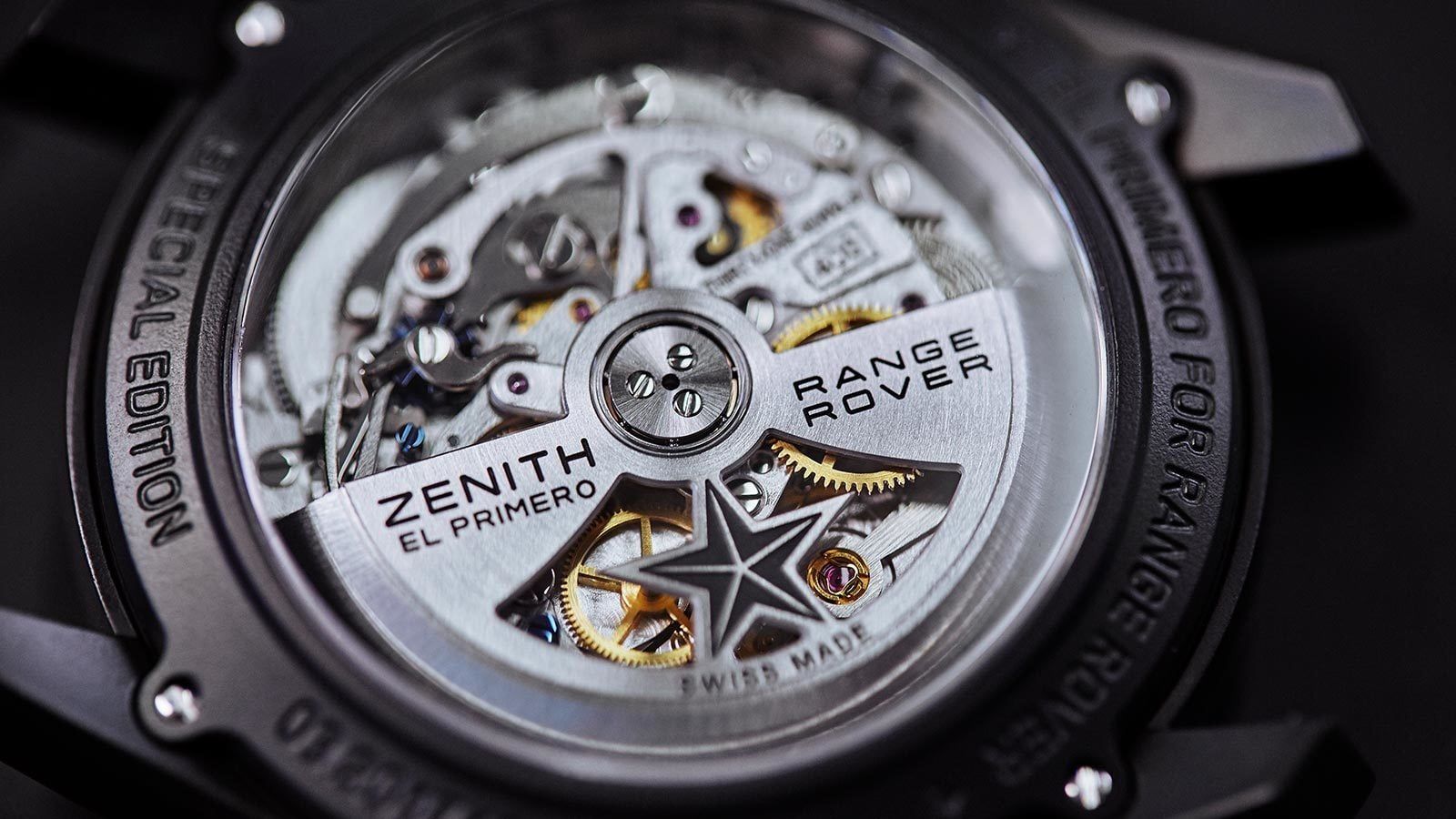 The information, specification, engines and colours on this website are based on European specification and may vary from market to market and are subject to change without notice. Some vehicles are shown with optional equipment that may not be available in all markets. Please contact your local retailer for local availability and prices. The figures provided are as a result of official manufacturer's tests in accordance with EU legislation. A vehicle's actual fuel consumption may differ from that achieved in such tests and these figures are for comparative purposes only.

From 30 September 2019 Spotify will no longer be supporting the InControl Apps access. As the dominant preferred access by customers it will be available to customers via Smartphone Pack where installed.

WLTP is the new official EU test used to calculate standardised fuel consumption and CO2 figures for passenger cars. It measures fuel, energy consumption, range and emissions. This is designed to provide figures closer to real-world driving behaviour. It tests vehicles with optional equipment and with a more demanding test procedure and driving profile.