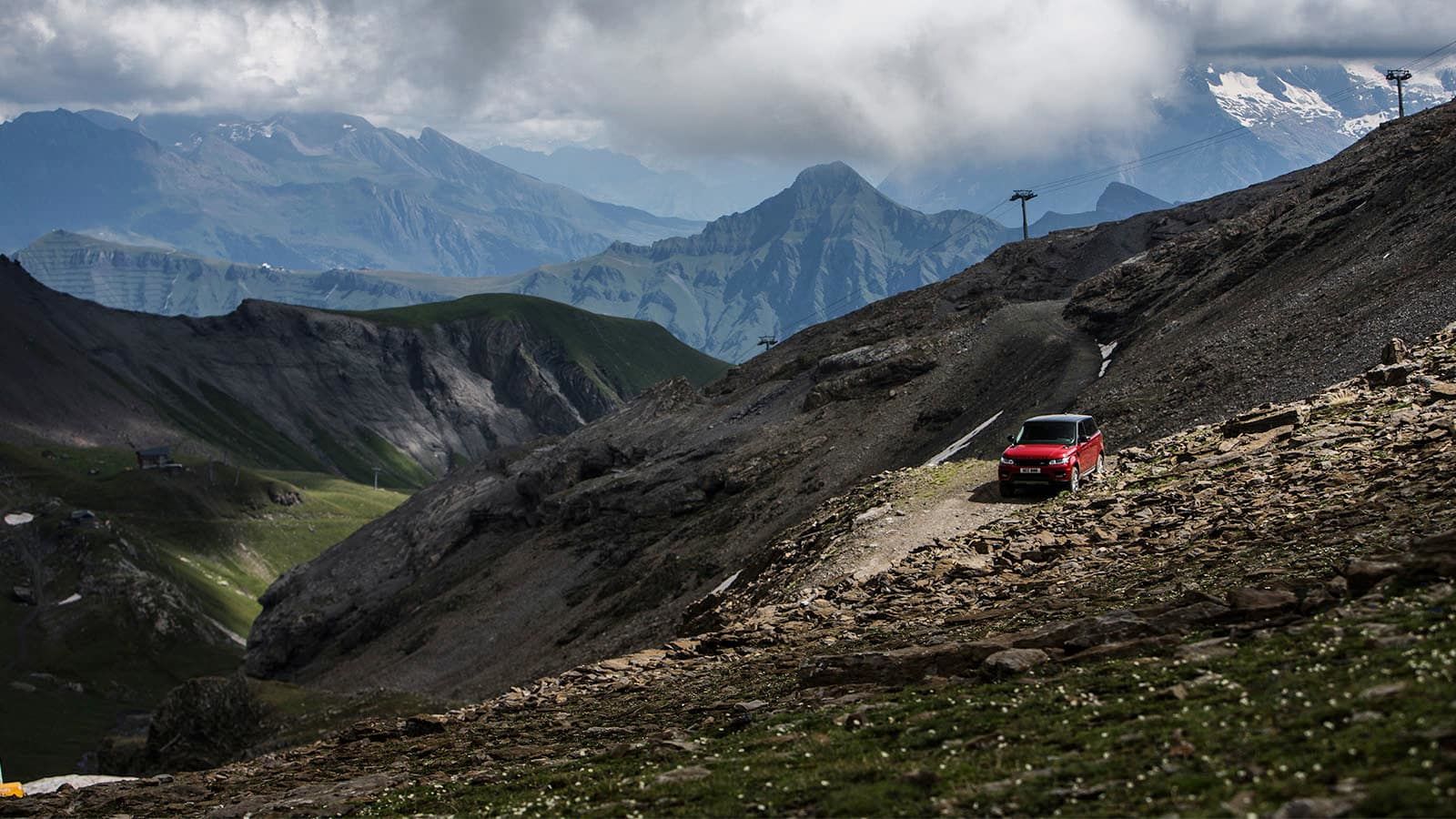 When picturing the Swiss Alps, the word “inferno” isn’t something that usually springs to mind. For those that know it though, the Schilthorn range in Mürren, Switzerland has been home to the Inferno Challenge since it was born in 1928. The event is the oldest surviving downhill ski race in the world and at 15km on a 2km vertical descent, it’s one of the longest and most challenging.


Each year it’s tackled by 1,800 sportsmen and women who, this year, found themselves joined by an unusual new challenger; enter Range Rover Sport, with the direct aim of setting a course record for the fastest descent of a downhill ski race in summer.


Known for its speed and optimum performance, both on and off-road, Range Rover Sport was the perfect vehicle to attempt the very same course during the snow-free summer. Of course, a performance SUV on a challenge like this needs a performance driver and that’s where Ben Collins comes in.


Despite Ben’s experience, locals were still shocked at his attempt to take on the Inferno Challenge in a vehicle. Cleeves Palmer, President of the Kandahar Ski Club said, “The terrain is strewn with boulders, I would far rather race it on skis in winter, than drive it in the summer!” And this, from a veteran of 30 races.


Undeterred, and ready for the challenge, Ben got into the Range Rover Sport, modified only with the addition of a roll cage, seat harness and reinforced tyres, and set off for the summit, ready to take on the Inferno Challenge and prove why it was the best 4x4 SUV for the job.


Light work of tough terrain
From ice, rocks and gravel, to wet mud, earth and grass, the Inferno Challenge had it all. And though it sounds like an impossibility for most vehicles, not so for Range Rover Sport.
Hill Descent Control (HDC) assists the driver with controlled descents of difficult slopes 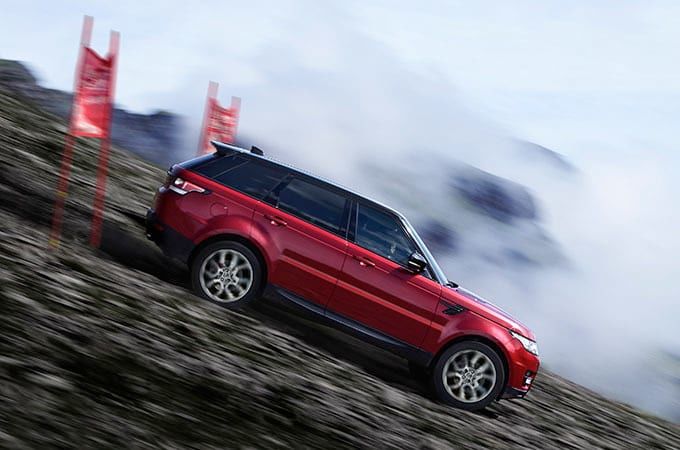 The Inferno Challenge is the oldest surviving downhill ski race in the world, the latest in Range Rover Sport #DrivenChallenges 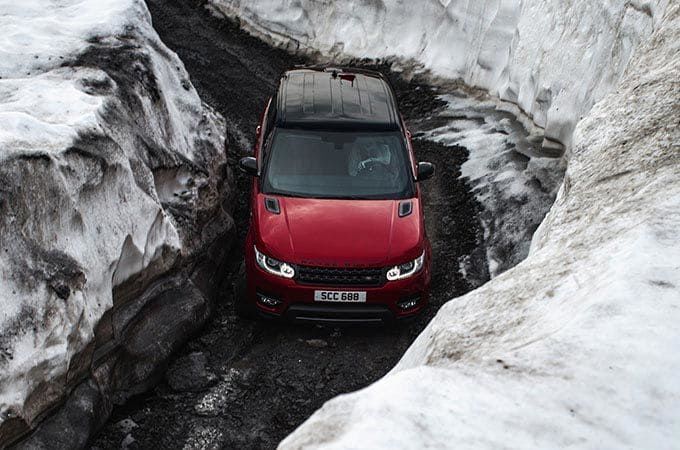 With years of Land Rover engineering expertise built in and having been put through its paces in a seriously tough testing programme, it quickly proved it really is built for anything. Perfectly complementing the power of the V8 5.0l Supercharged engine, Torque Vectoring by Braking constantly monitored the vehicle’s steering wheel angle and reduced power by applying the relevant brakes to keep it on track. The vehicle handled everything the mountain threw at it.

Man vs Mountain
With the Inferno Challenge throwing up some of nature’s toughest challenges, Ben made use of the many driver assist technologies at his fingertips. Torque Vectoring by Braking helped feed the right amount of power to each wheel as and when it was needed on the descent. Terrain Response 2 with Dynamic Mode were both activated to ensure the vehicle could quickly adapt to the ever-changing ground beneath it. Even when the ground stopped and flowing waters and rocky streams replaced it, Ben was able to make use of the Rock Crawl setting to keep the vehicle moving swiftly in a controlled fashion. 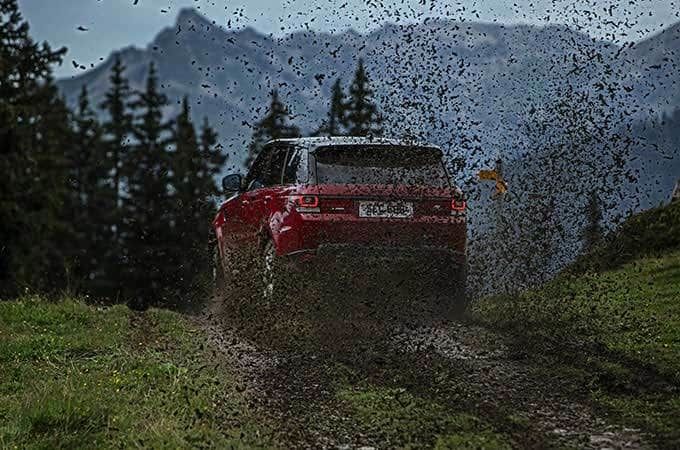 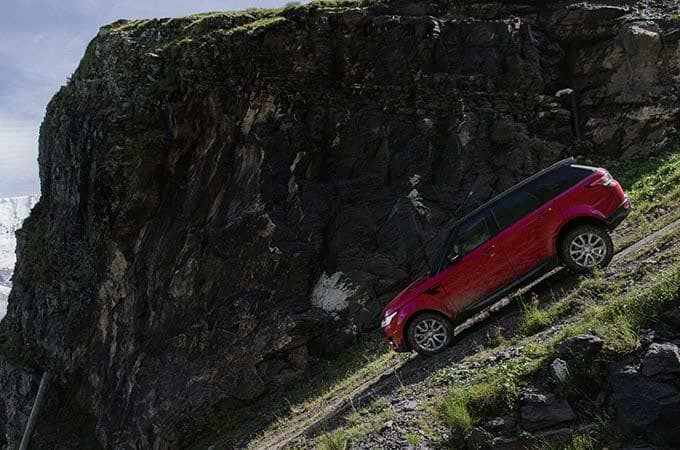 Whatever the Weather
At an altitude of 2,970 metres the weather can be unpredictable, to say the least.

At the start of the challenge and at the summit of the mountain, the starting temperature was zero degrees, which meant Ben and the vehicle immediately hit ice and sleet, all whilst hurtling down the mountainside at a gradient of up to 60 percent.

But it didn’t end where the descent began; in fact on the way down into the Kanonenrohr Valley, fog and mist patches made for poor visibility and continuing rain reduced grip on the already tricky path as temperatures increased to a more favourable 18 degrees. 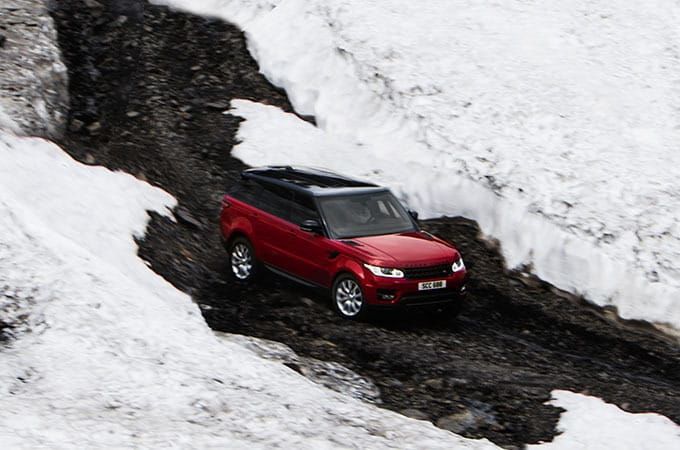 Achieved in Style
Ben Collins completed the course in 21 minutes 36 seconds, and proved that Range Rover Sport not only has the capability Land Rover is so renowned for, but also can tackle even the most extreme challenge with poise. The strong muscular stance of the vehicle’s design meant it cut an impressive figure during the challenge and thanks to the luxury interior, Ben achieved his goal in true Range Rover style.

Search #DrivenChallenges to explore more about the challenge.
Range Rover Sport has been designed and engineered to new heights 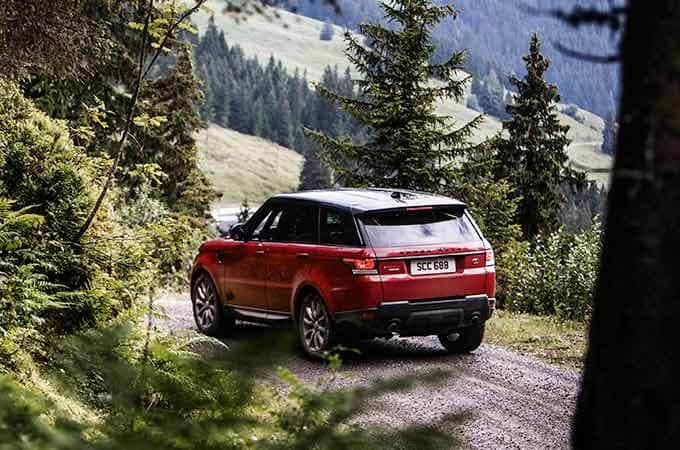 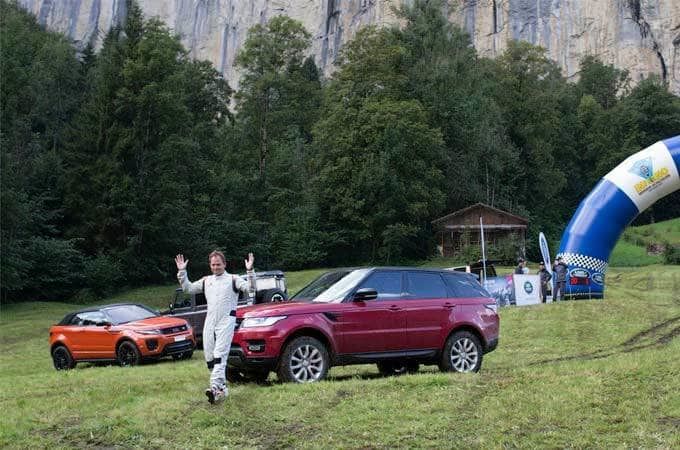 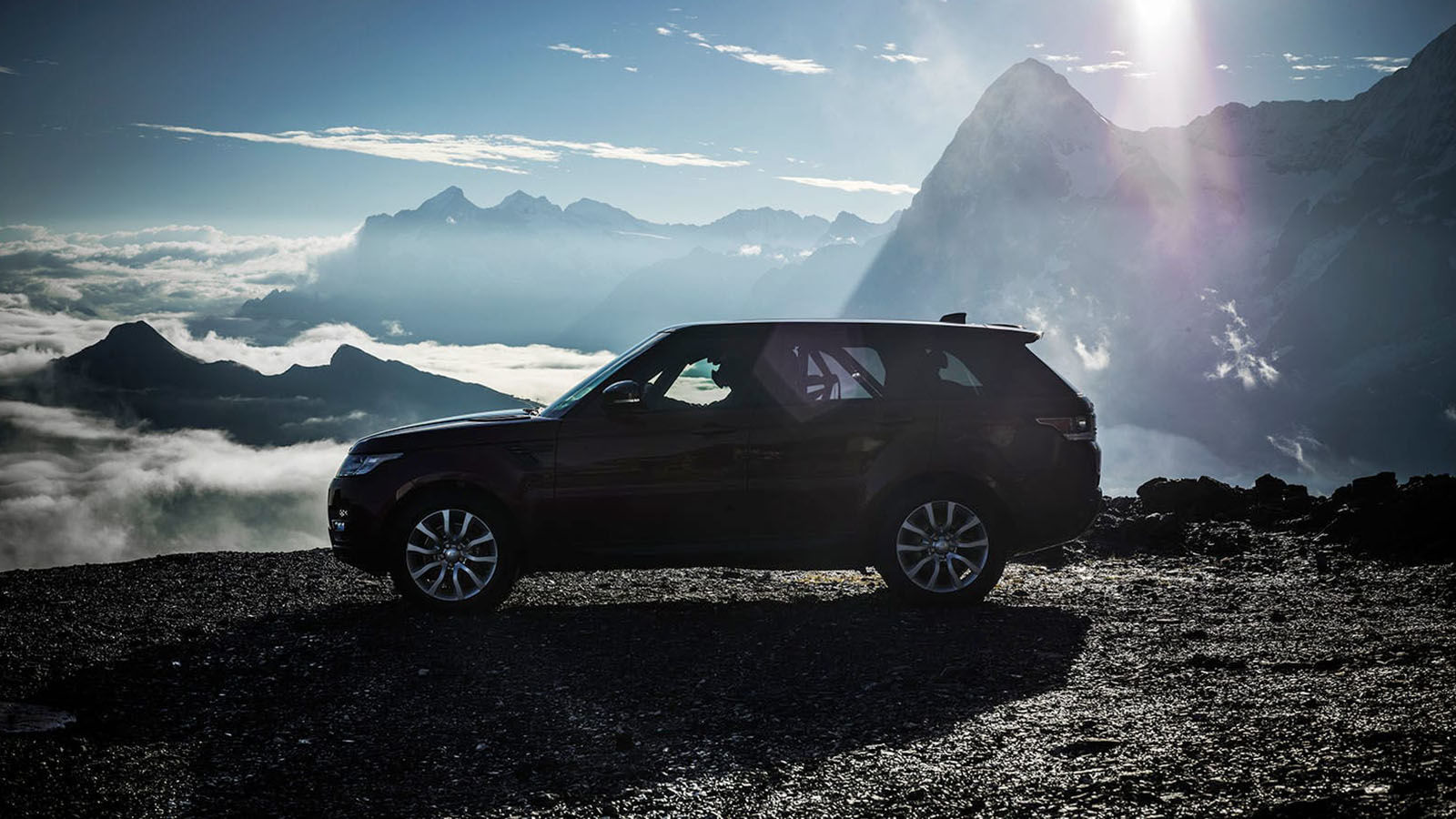 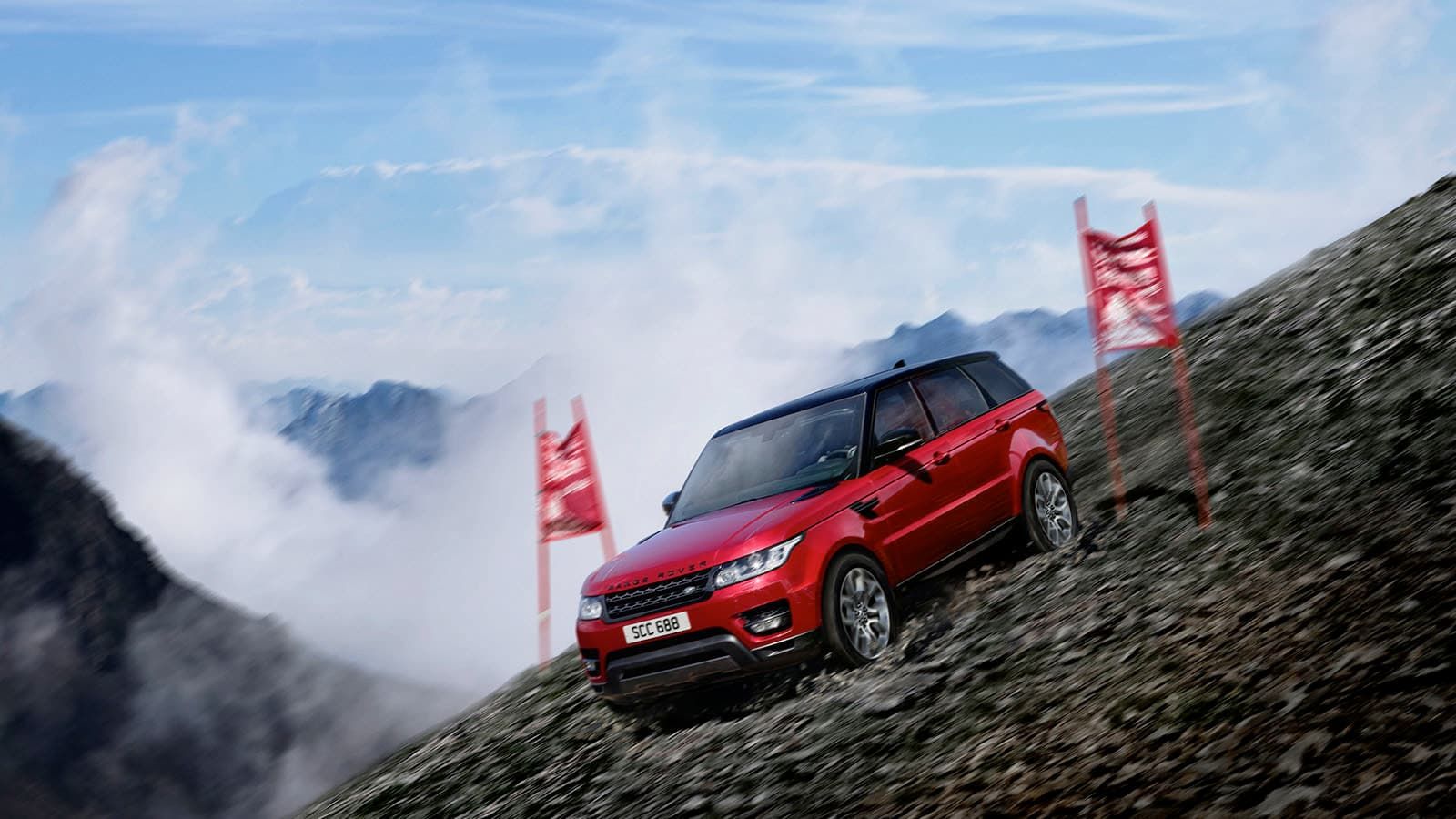 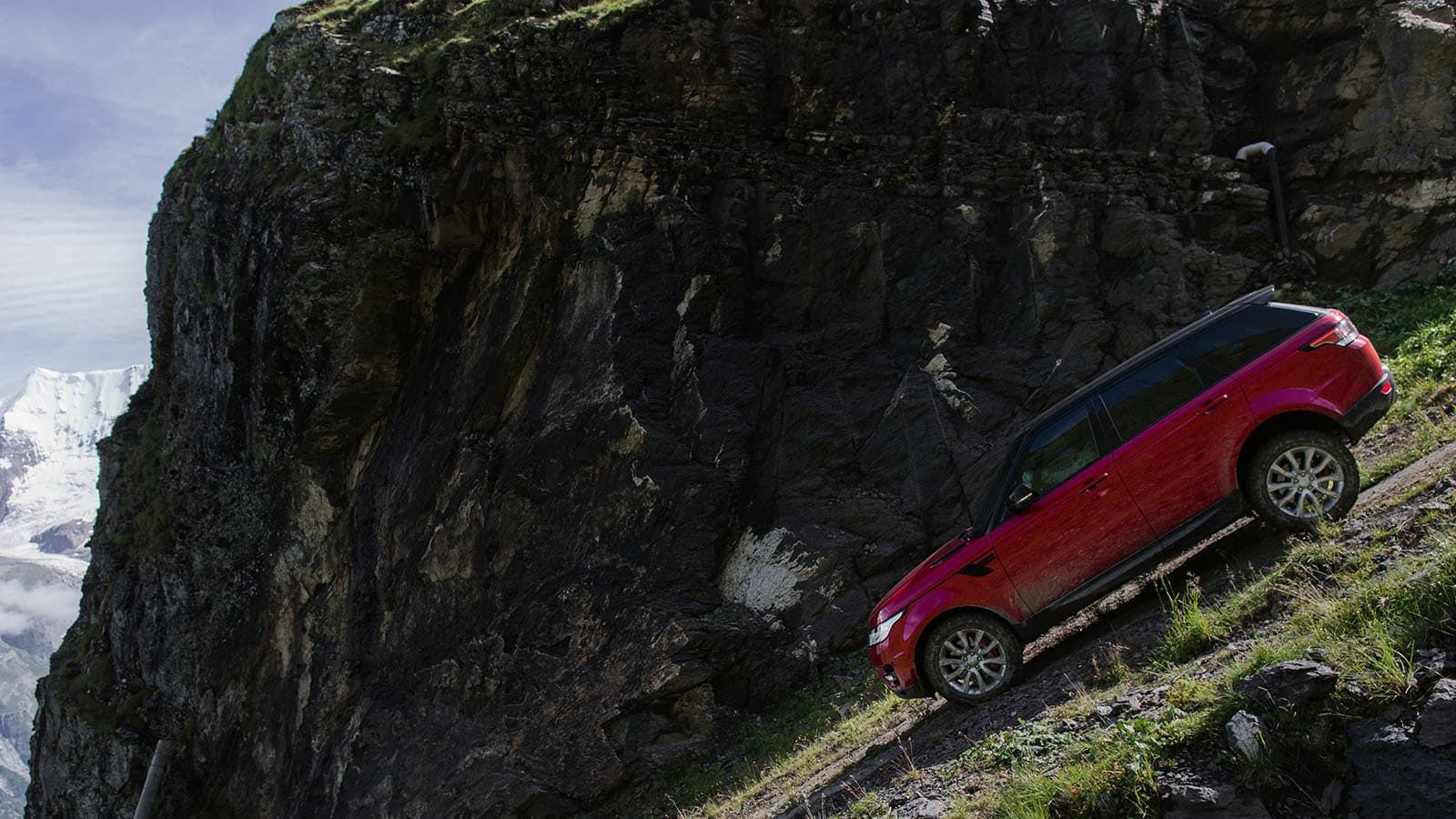 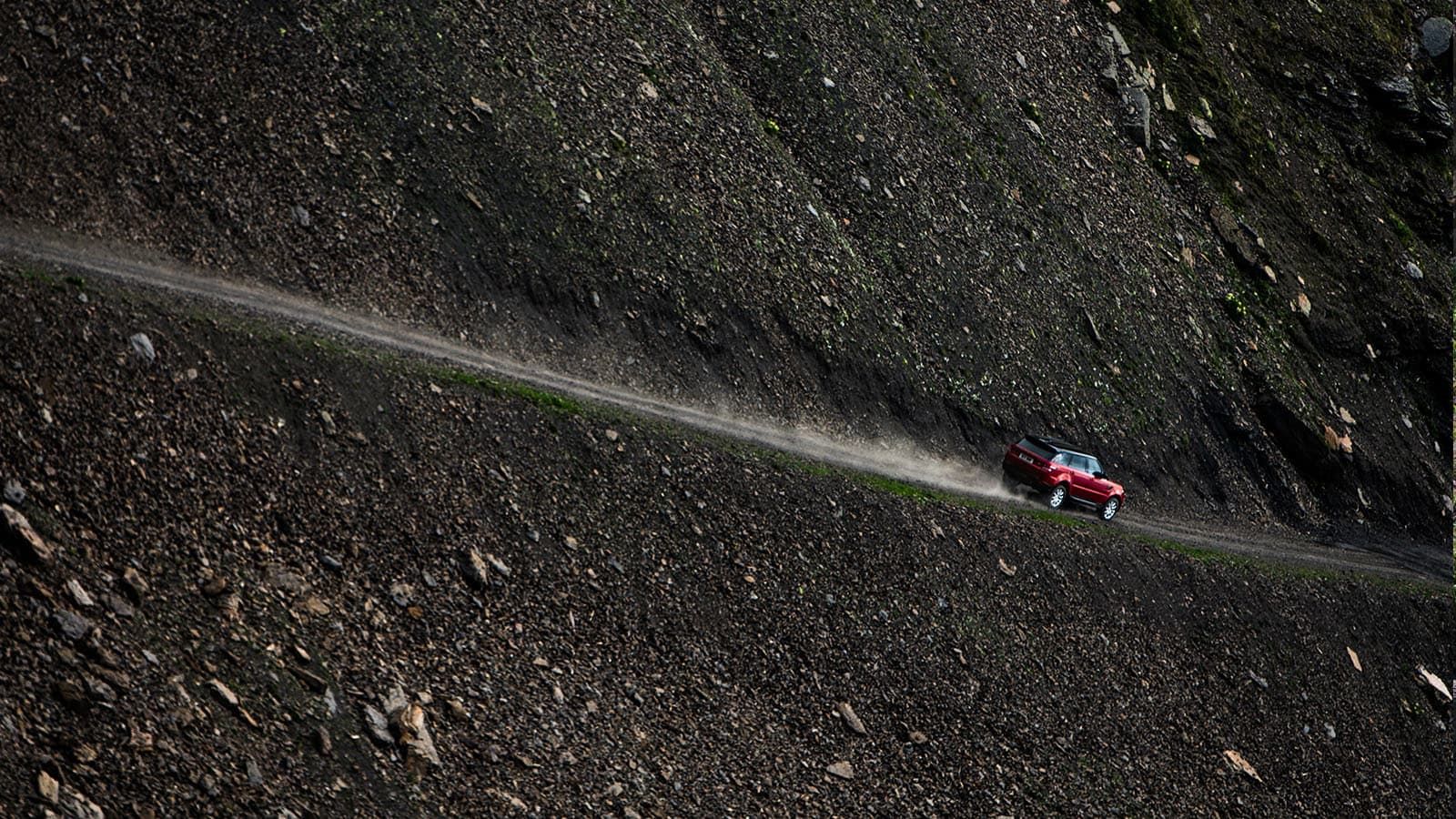 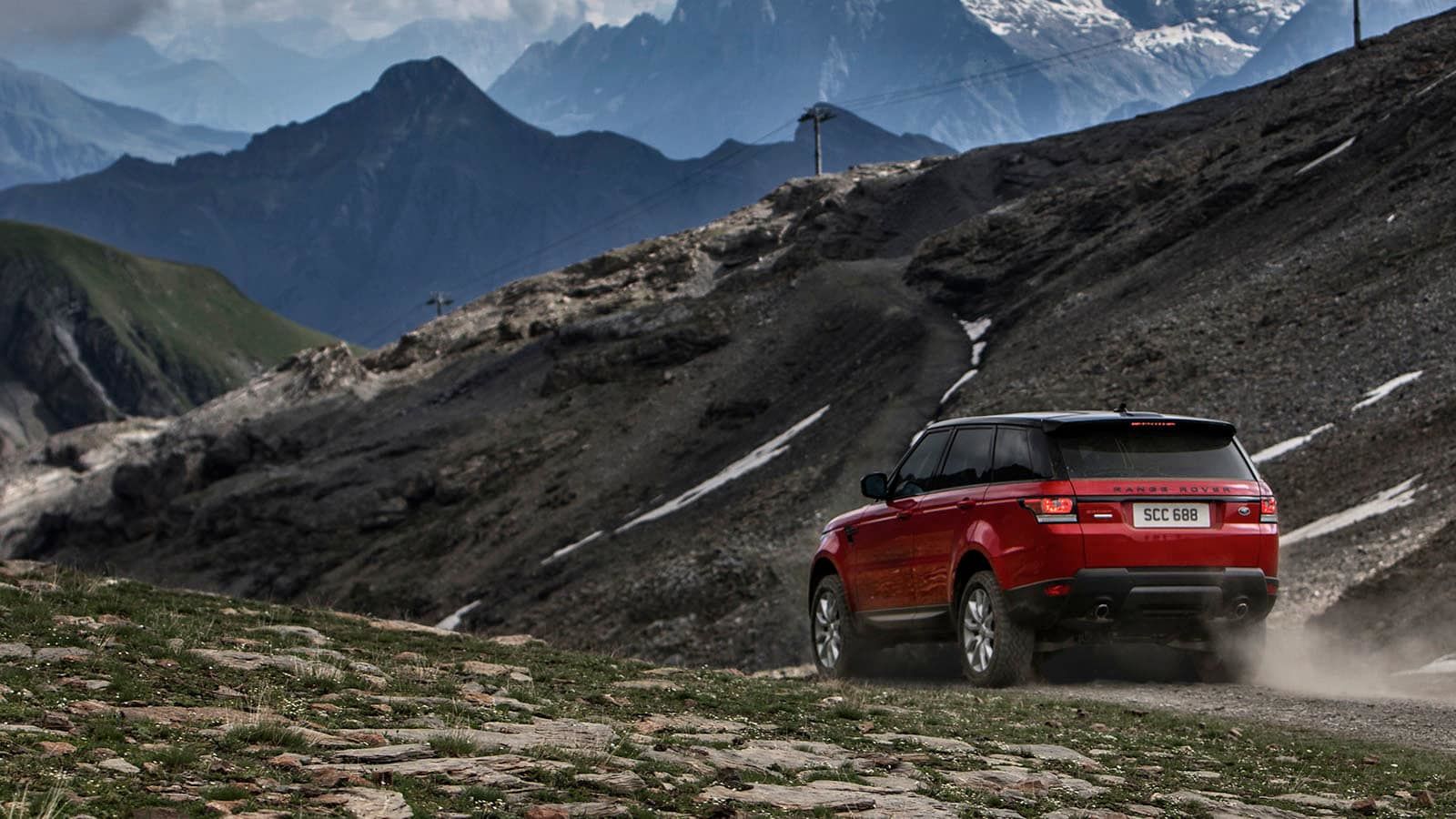 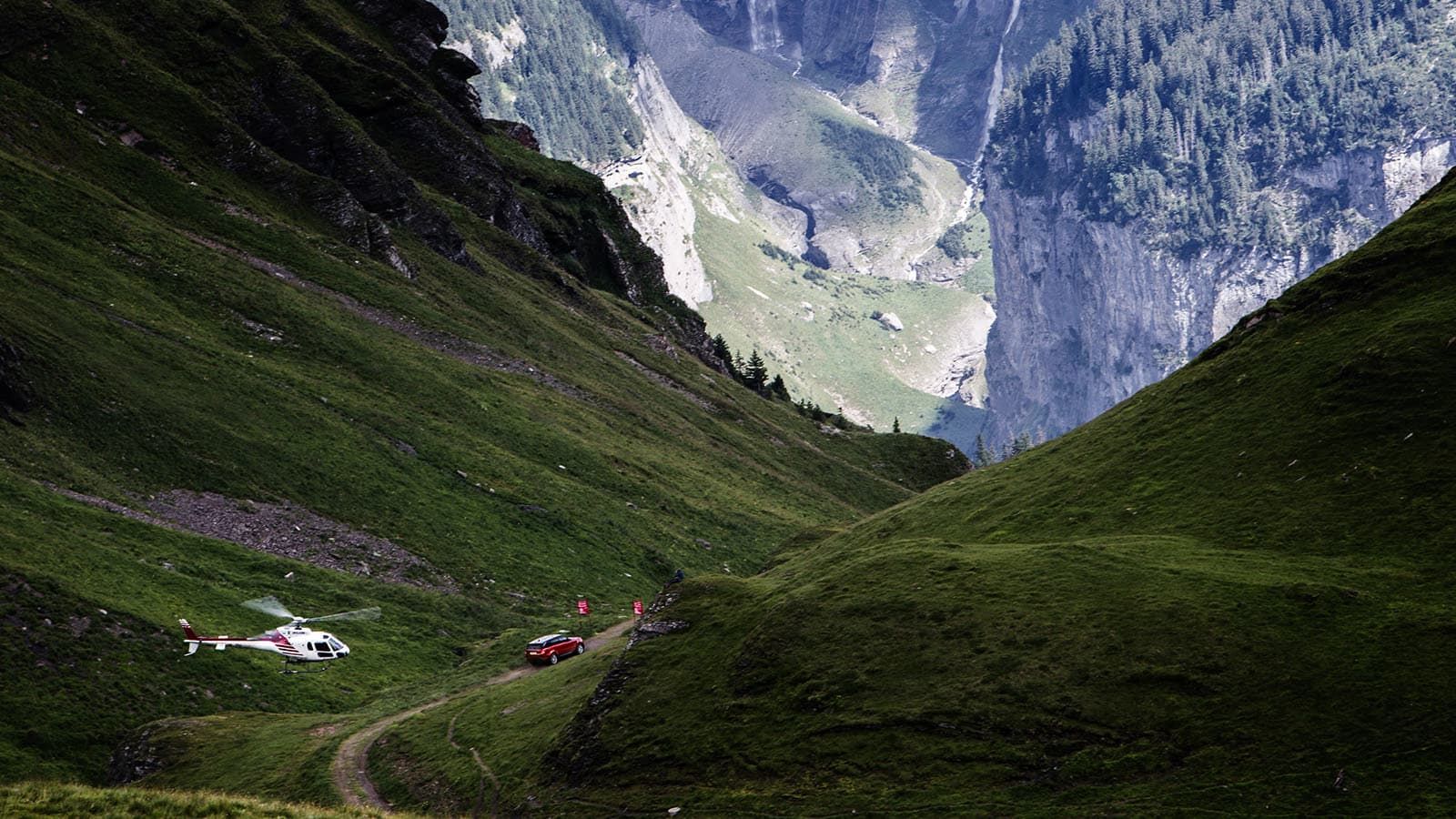 DISCOVER THE MOST AGILE AND DYNAMIC LAND ROVER

DEMONSTRATED STRENGTHS
Range Rover Sport truly justifies the ‘S’ in SUV. Taking our model range to another level, it is the most agile, dynamic and responsive Land Rover ever.
EXPLORE RANGE ROVER SPORT 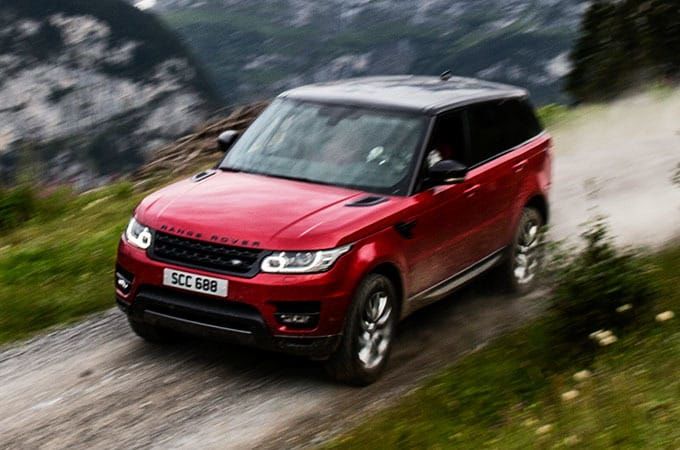 NEVER FAILS TO EXCITE
Simply choose a model to start creating a Land Rover that’s right for you. You can admire your build from all angles and revisit it at any time. When you’re ready you can share your configuration with your friends or with your local retailer.
BUILD YOUR OWN 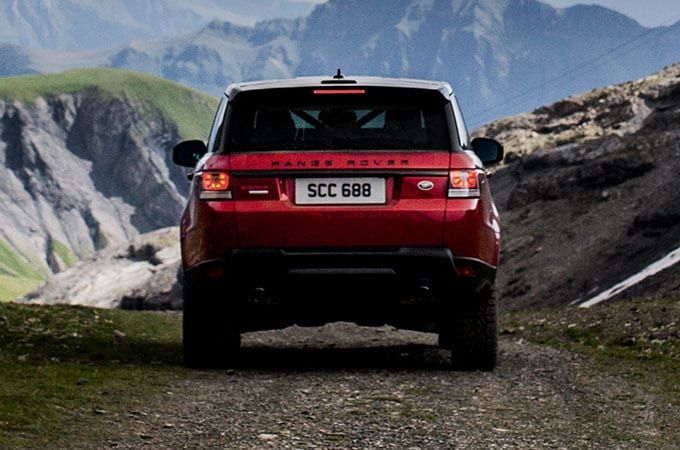 EXPLORE NEW HORIZONS
Your opportunity to get behind the wheel of a Land Rover and head off-road for an exciting challenging drive.
EXPERIENCE DRIVES 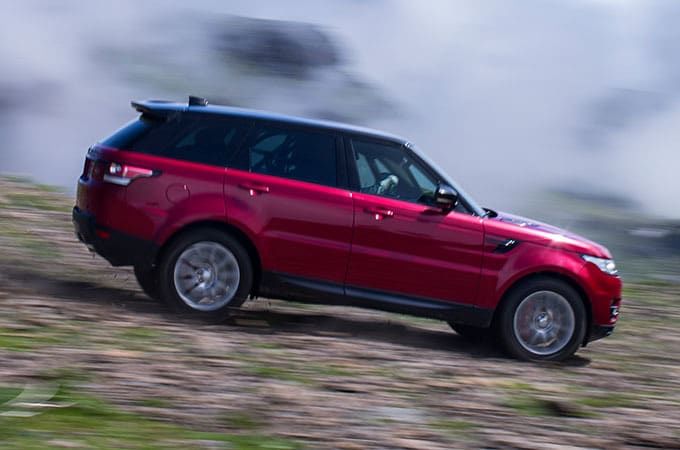 MORE STORIES
DESIGN AND LUXURY COME TOGETHER
With years of shared history between them, Range Rover and Zenith watches have come together to create the Special Edition Zenith El Primero Range Rover, a timepiece which sets a new bar in luxury.
READ FULL ARTICLE 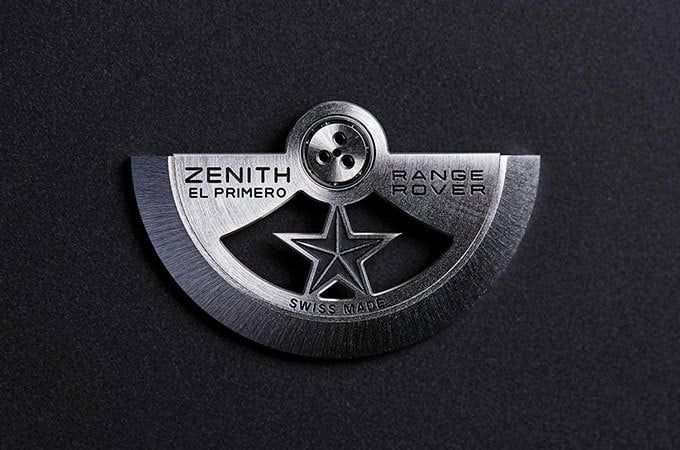 LONDON CELEBRATES AN AUTOMTIVE ICON
The one-of-a-kind 'Defender 2,000,000' is to be auctioned at Bonhams, UK with the proceeds going to the Born Free Foundation and the International Federation of Red Cross and Red Crescent Societies.
READ FULL ARTICLE 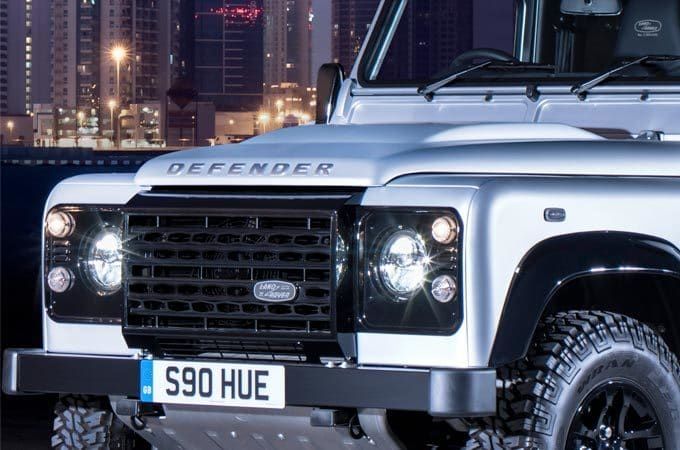 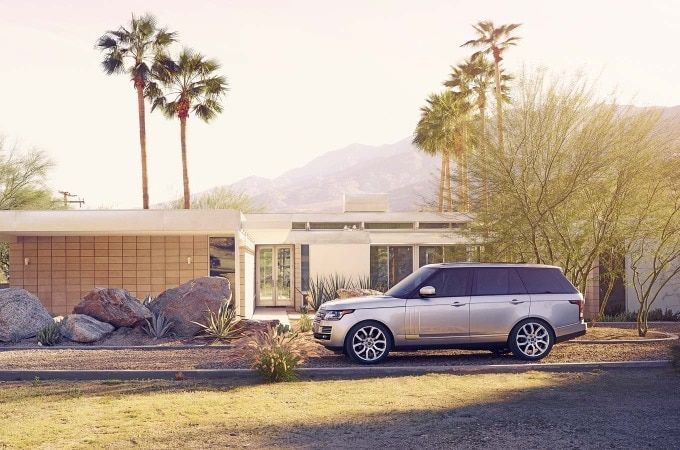